The COT team is providing the first four days of competition for the Sydney to London Classic Marathon Rally in April 2014. In September 2013 we did a route check and took these pics along the way. 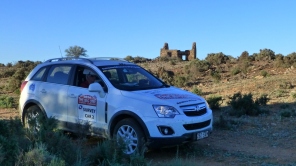 AN old outstation on Farmcote, near Broken Hill.

We missed this bloke – just. Lots of emus, kangaroos and goats on Coombah Station this trip. 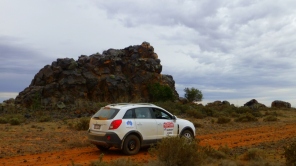 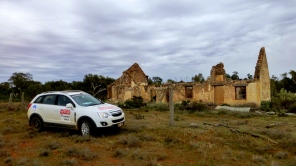 The route runs past an amazing ruin on Farmcote – this is an abandoned hotel at The Springs, an old stage coach stop. We stopped for a beer, but the pub was delicensed in 1893. 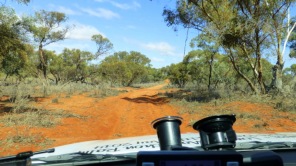 Coombah – a 58 km stage to start day 4 of the SLM that has everything from fast plains, lots of red sand and some large dunes. Oh yeah – and lots of animals.

Mustering at Comarto… those big boys are Charolais bulls. 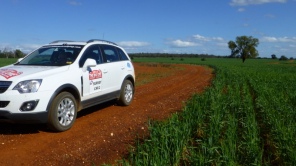 A 36 km stage on Emu Station. The wheat will be harvested by the time the SLM gets here. 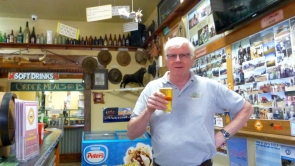 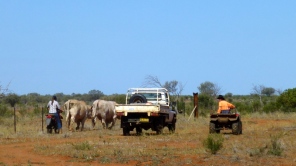 The whole family gets involved in mustering at Comarto… 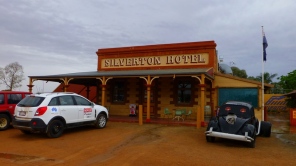 Silverton Hotel – this is Mad Max country… The SLM crews wont get out here unfortunately. 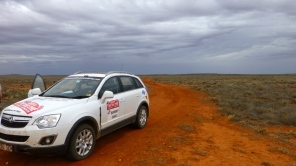 Great 57 km stage on Avondale and Farmcote to end day 3 of the SLM. 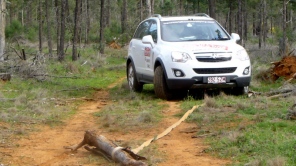 “Gardening” in Back Yamma State Forest, near Forbes 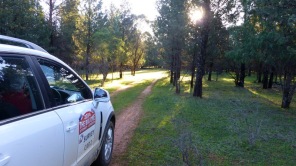 A dash through the native pines on Hillview.

When it rains in Broken Hill, it really rains – that why there are huuuuge gutters. But, the flooded lanes are useful for washing mud from under the car. 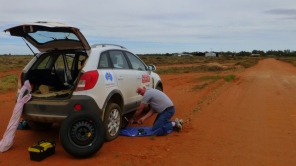 Slow start to the day… a flat on the way into Avondale, near Broken Hill.

The Renmark Hotel awaits crews at the end of day 4 of the Sydney to London Classic Marathon Rally 2014. It’s also the end of our part of the SLM… we hand off to Ivar and his team to take the SLM through to Perth. We’ve had a good survey week and the first four days of the SLM are shaping up really well. 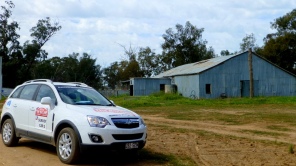 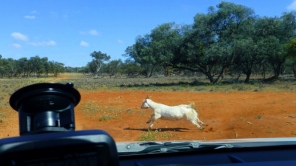 Goats are cleverer than sheep and mostly just run away from the road. This one didn’t… he tumbled like a gymnast after we clipped him, got up, did a “tada” and ran away. 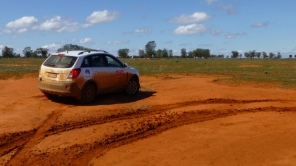 The overnight rain caused us some concerns today.

Stage finish of Hilliview – with the sun setting. From here into Cobar and a well earned break. 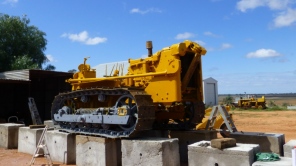 Joe at Belvedere is restoring an old dozer. We have a great 18 k stage on his station.

They were mustering when we arrived at Comarto. 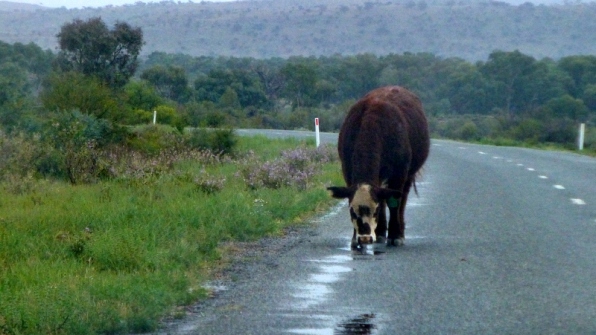 We discovered a new outback wildlife hazard today… when it rains the cattle come out of the bush to drink from the puddles.